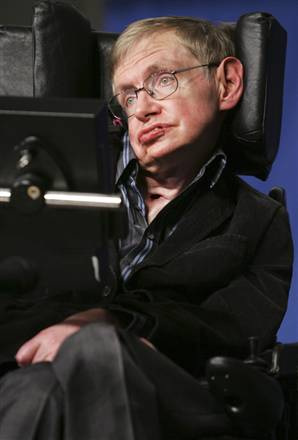 “Remember to look up at the stars and not down at your feet. Try to make sense of what you see and wonder about what makes the universe exist. Be curious. And however difficult life may seem, there is always something you can do and succeed at. It matters that you don’t just give up.”

So said Professor Stephen Hawking in a speech to celebrate his 70th birthday a little over 6 years ago.

Having occasion to stare down at one’s feet can feel like much the easiest option in difficult times. I think we’ve probably all done it at one point or another. Wanting, for whatever reason, to be somewhere else. Or someone else. I know I have.

One of my earliest recollections of experiencing each of those emotions, simultaneously, was as a young boy standing in horror, my feet somehow seeming to have grown roots, as the ball I had just kicked sailed through my parents’ (closed) kitchen window. Professor Hawking and the physicists among you could, I am sure, define the event in terms of mass, energy, velocity and acceleration. My thoughts, in that moment, were somewhat more rudimentary.

Star-gazing is another matter entirely. Who hasn’t looked up into the night sky and wondered? What is out there? Are we really alone? What’s that bright star? (Hint: It’s probably not a star…) What’s the name of that constellation? How did it all happen? Even if we can’t make sense of what we see or why we are seeing it the celestial majesty is, well, awesome.

We don’t, though, need to peer out towards the beginning of time to see awesomeness. It’s there when we lift our eyes from the pavement in front of our feet to look at what’s going on in the world around us. For sure, making sense of the salmagundi of cultures, beliefs and values, languages, geography, demography, history, concord and discord can appear to be daunting. But that’s what education and research equip us to do. And it’s why they’re just as important today as they ever have been. Our minds are capable of processing complex and intricate messages and half-messages to make sense of them allowing us to build understanding, individually and collectively. Some of what we process, at the most fundamental level, helps us to survive (see ball-kicking incident above…). Part though, is because we like to solve problems. We’re curious.

This is not to say that our curiosity will deliver the same impact as his. Compared to him the footprints that our contributions, or in any case my contribution, make may be modest. Professor Hawking was correct though. As he implored in those five, short, sentences all of us have something we can do, and at which we can succeed. It’s not giving up that’s important.

Throughout his long illness the idea of calling it a day was alien to Professor Hawking. Yesterday I attended the funeral of a dear friend who, just a few days before Stephen Hawking’s death, lost their battle with another spiteful and pernicious disease. While acknowledging the bleakness of their prognosis they never, ever, gave up. Treating each moment of the day with fortitude, humour, resolve, with unconditional love for their family, always gazing at the stars and never at their feet that amazing person has taught me a lesson that I will not forget.

Confession time. I haven’t read, or even tried to read, any of Hawking’s publications. But I have listened to him and been inspired. In the work I do, it’s people like Professor Hawking who switch on the light to what is possible. The passion, knowledge and unbounded joy they communicate for their subjects infects people around them. Hawking painted pictures that brought us colour, context and contrast. And I for one don’t need to understand why, or indeed how, time curves to be grateful, to say thank you and promise to continue to be curious. And never give up.

2 thoughts on “On Hawking, star-gazing and never giving up”